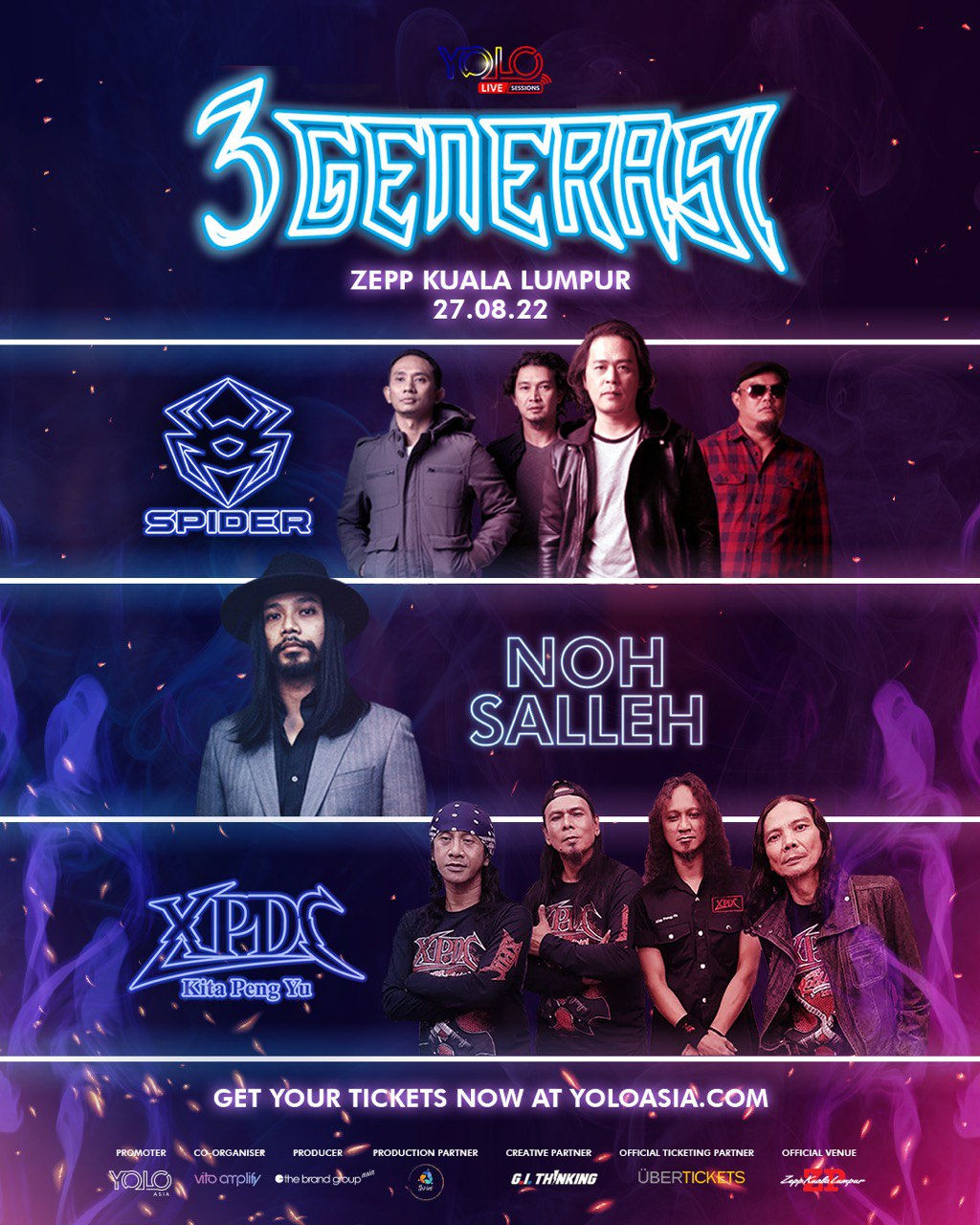 Remember the guys who brought you virtual concerts during the pandemic? YOLO Live Sessions is back once more with LIVE rockin’ music entertainment!

Noh Salleh, a singer-songwriter, musician, and record producer who born and raised in Miri, Sarawak. He is best known as the frontman and principal songwriter of the rock band Hujan, with whom they have released six studio albums. He has also recorded with his side project EP, "Angin Kencang (2014), Debu Bercahaya (2019) and Bisikan (2020) as solo artist. Spider, known for performing pop rock songs that have ska influences was founded in 1996. Their talents were founded by renowned composer M. Nasir under the recording company Luncai Emas & up to date, the band has recorded 6 studio albums.

One of rock legends XPDC is set to rock the stage with famous sing-along tunes like “Semangat Yang Hilang”, “C.I.N.T.A”, “Hijau Bumi Tuhan” and many more!

Get your long hair ready & lets headbang together!!

We will reply as soon as possible

Send us an email

Text us for prompt response